So the time has come for us to say our sad goodbye to the CET Building. With over 20,000 visitors in the past year, this pop-up cultural hub will leave a lasting legacy in the city. We’re gutted to see it go, but want to share some of our fondest memories of exhibitions we’ve visited there.

The inaugural Coventry Biennial of Contemporary Art – the biggest art festival the city has ever scene – the CET Building made the perfect venue for the Biennial’s central exhibition. 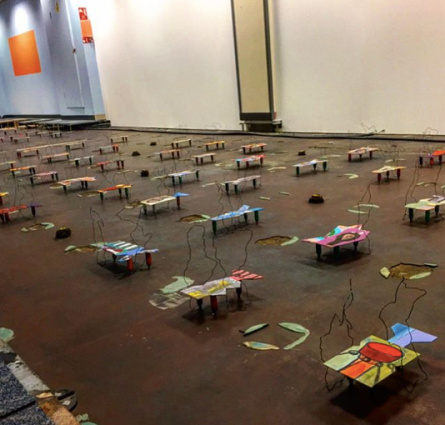 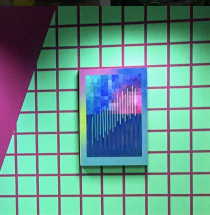 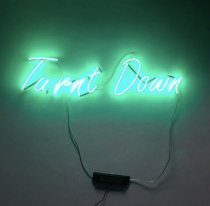 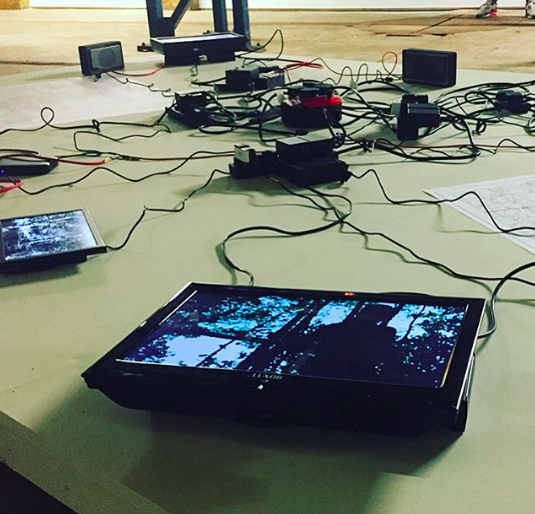 This was our first visit to the CET, since it re-opened it’s doors. It was wonderful exploring the building in it’s stripped-back state, each artwork responding to it’s setting and reacting to the exhibition theme of “The Future”.

Here’s our round-up of the inaugural Biennial last year.

Coventry-based artist, researcher and photographer Jonny Bark’s “Inhabiting Edgelands” became a dominant installation in the press hall, which was a result of the artists journey of exploration of these derelict, transitional areas of land in urban landscapes. 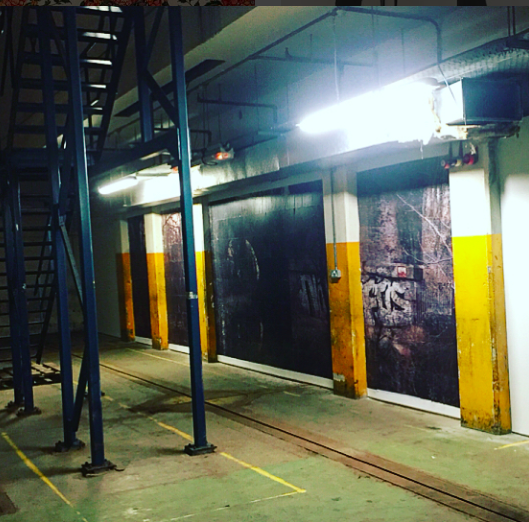 The CET Building held the 2018 Coventry University Annual Drawing Prize, which is open to all students and staff both past and present, across all faculties and disciplines. Since the first competition in 2010 the Drawing Prize has received wider recognition and prestige over the years with entrants from locally based artists to ex-students as far as London. 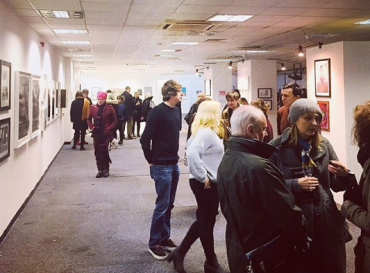 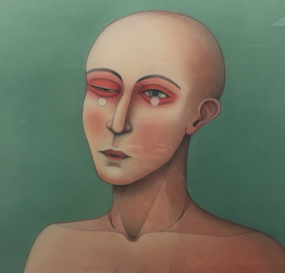 This year’s show certainly did not disappoint and viewers got to vote on who you felt deserved to win. The 2018 winner was Michala Gyetvai with this oil pastel drawing titled “Threads”. 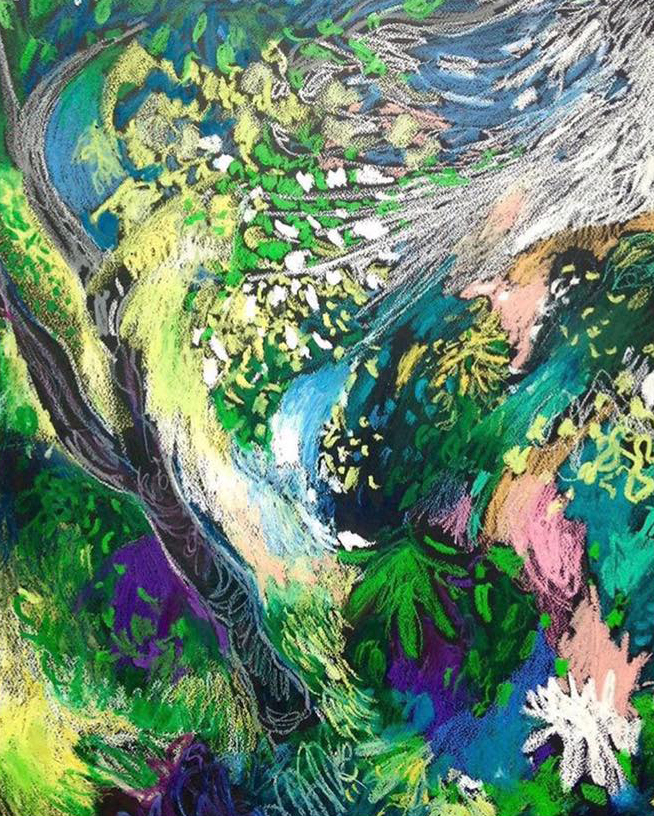 The Exposure Photography Festival of work by 2nd year BA Photography students at Coventry University was another huge and impressive event. The festival encompassed six exhibitions exploring themes of space and place, community participation, observation of society, the use of colour, an exploration of senses and personal relationships. What a great showcase of the level of talent that is coming from the university. 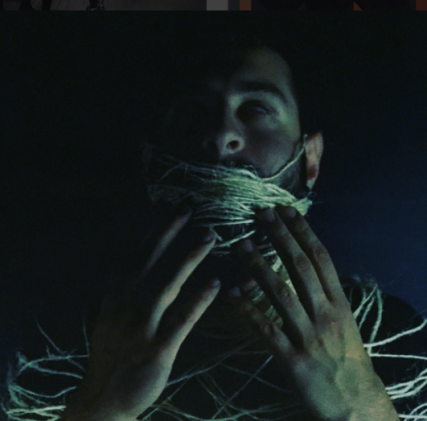 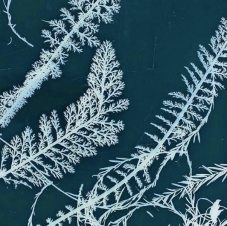 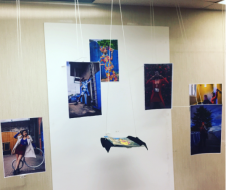 We loved viewing the highlights of the 2017 Spon Spun festival, and reminiscing the work we explored when we visited the art trail last year. Some took on a whole new dimension in the setting of the building, particularly this beautiful instillation by Min-Kyung Kim “Rain of Memory”, lit up to create overlapping shadows against the back wall. 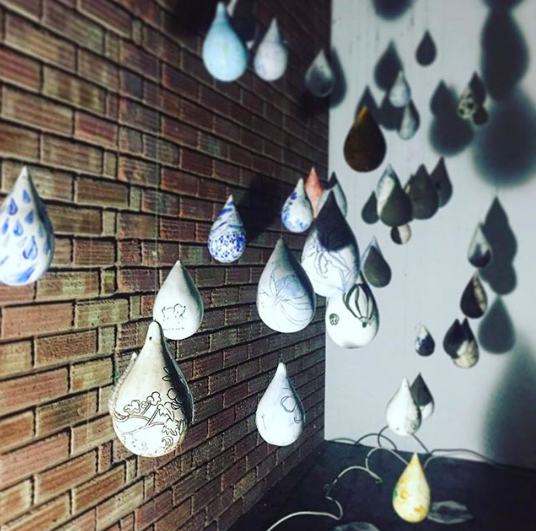 The CET hosted the preview of the Urban Culture Street Art Festival, which took place across the city on 9th – 10th June. We were gutted to miss the event, but loved getting along to see all the impressive urban art, which then decorated the walls of the derelict basement room following the preview event. 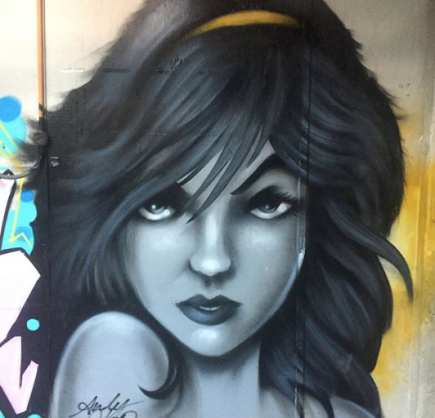 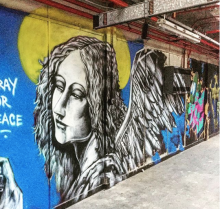 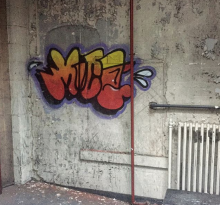 Award winning artist Sam Belinfante was a visiting artist for “The Art of Coventry” Programme, ran by Coventry Artspace. His famous audio/visual installation “Accordian” was installed in the atmospheric press hall, which lent itself perfectly to this work of art. Echoing sounds came out of the darkness, while the two films of the accordion player rolled simultaneously in their two locations, viewable through either side of the screens. 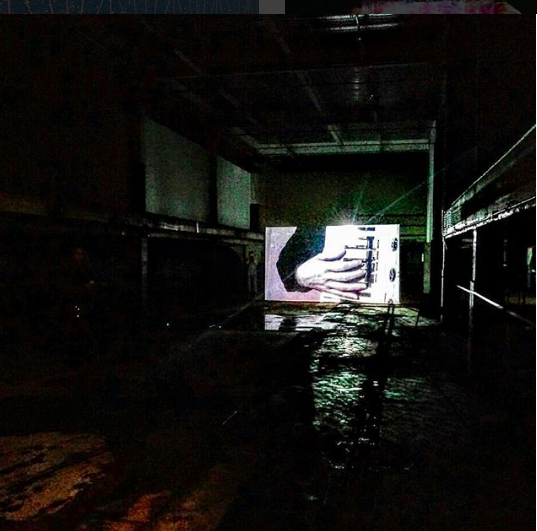 We especially loved viewing John Yeadon’s solo show “What’s the meaning of this?” a retrospective view of paintings he produced in the 1980s alongside his more recent work. We interviewed him prior to it’s opening. 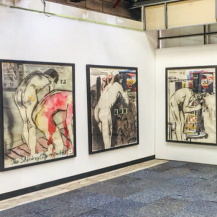 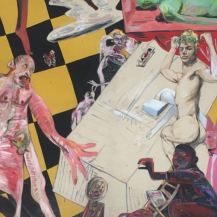 We were intrigued at how his paintings deemed shocking and controversial in the 1980s would be received again in the city 34 years later. Yeadon encouraged the viewer to reflect on political, ideological, social and economic changes over the past three decades. People travelled from across the UK to visit this outstanding show of grotesque-realist paintings from earlier years in stark contrast to landscape paintings from his more recent Englandia series, displayed alongside images of nuclear power stations. 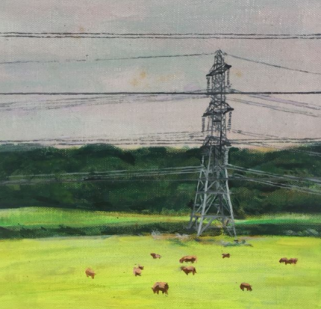 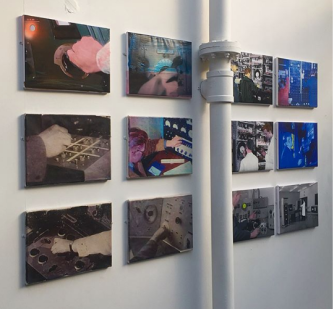 We have so many happy memories from the past year, and are sad to see it go, but the emergence of this pop-up space created such a buzz for the city’s visual arts scene. It has supported and nurtured Coventry’s grass roots talent and encouraged artists to explore and engage with spaces outside traditional gallery venues. May it’s legacy live on as the artists of Coventry continue to push boundaries in discovering unusual exhibition spaces.

Farewell CET and thank you for the memories!

Curating Coventry is a celebration of the city’s diverse visual arts scene.